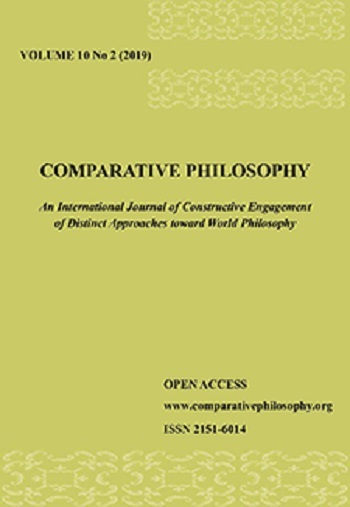 Comparative Philosophy is a peer-reviewed, open-access/non-profit international journal of philosophy, with emphasis on the constructive engagement of distinct approaches to philosophical issues, problems, themes from different philosophical traditions (whether distinguished culturally or by style/orientation) for the sake of their joint contribution to the common philosophical enterprise and the development of contemporary society, and on general theory and methodology of comparative philosophy.

The International Editorial Board of the Journal consists of its Advisory Board and its Editorial Committee. Taking the open-access approach, the Journal is not published by a commercial press but by non-profit university institutions through universal accessibility of the Internet. No article submission or processing charges are required from prospective authors.

All content is freely available without charge to the user or his/her institution. Users are allowed to read, download, copy, distribute, print, search, or link to the full texts of the articles, or use them for any other lawful purpose, without asking prior permission from the publisher or the author. The journal is published in English on the World Wide Web; its current co-publishers are the Center for Comparative Philosophy & University Library at San Jose State University, California, USA, and bepress, USA.

The coverage of Comparative Philosophy is not restricted to, but can include, any particular comparative-engagement pairs of distinct approaches from different culture-associated and/or styles/orientation-associated philosophical traditions (e.g., the East-West, South-North, or analytic-"Continental", though such labels might be misleading/inaccurate out of context), in view of the common philosophical enterprise and a series of issues and topics of philosophical interest and significance.

The emphasis of the Journal, regarding conceptual/explanatory resources and modes of thinking in philosophy, is not exclusive to any ad hoc way of thinking alone (e.g., neither the Greek-style nous alone nor the Chinese-style dao alone) but open-minded and inclusive, generally speaking; however this emphasis is also sensitive to the nature and features of specific philosophical issues/topics and the demand of situations, specifically speaking. On the other hand, the Journal is inclusive but not merely for the sake of being aware of views from other traditions or styles of doing philosophy without critical engagement.

The Journal emphasizes critical engagement but does not go without serious consideration of positive constructive contribution. Rather, the Journal explicitly emphasizes the constructive engagement of distinct approaches in light of critical examination. It is to inquire into how, via reflective criticism (including self-criticism) and argumentation/justification, distinct modes of thinking, methodological approaches, visions, insights, substantial points of view, or conceptual and explanatory resources from different philosophical traditions can learn from each other and jointly contribute to our understanding and treatment of a series of issues, theme or topics of philosophical significance, which can be jointly concerned through appropriate philosophical interpretation and/or from a broader philosophical vantage point.

Acta Germanica is the yearbook of the Association for German Studies in Southern Africa (SAGV). It serves scholars in South Africa and Africa (and scholars worldwide) to present their research in German literature, language, theor more...

Amphora is a peer-reviewed publication of the Society for Classical Studies that aims to convey the excitement of classical studies to a broad readership by offering accessible articles written by scholars and experts on topics of more...

Antennae The Journal of Nature in Visual Culture

Antennae The Journal of Nature in Visual Culture -This issue of Antennae and the next are part of a project informed by the exhibition Making Nature: How We See Animals curated by Honor Beddard at Wellcome Collect more...

Arts and the Market

Arts and the Market (AAM) is dedicated to publishing high-quality and original contemporary research addressing issues related to the intersection of arts and the market and audience research. The journal embraces the gr more...

Archaeology International, produced annually since 1997, combines news about UCL Institute of Archaeology activities with refereed articles and information about on-going projects, carried out by Institute staff and students, or t more...

IAFOR Journal of Arts and Humanities

The IAFOR Journal of Arts & Humanities is an internationally reviewed and editorially independent interdisciplinary journal associated with IAFOR’s international conferences on the arts and humanities. Like all IAFOR pub more...